Today was the first time for two exciting things: (1) we met online with all the exchange students and the whole international office team and (2) we visited the Hochschule to take a test on Ankommen in Deutschland -course with Patryk. The final question was an essay on what differences have we noticed between our home country and Germany as exchange students, what I found to be an interesting topic and also a great way for our teacher to gather not only our level of written German skills but also interesting knowledge of other nations’ cultures.

After the test I was starting to starve, so I decided to take a little cycling trip to Neu-Ulm where I had earlier seen a Subway near a supermarket we had visited earlier with Judith, though I ended up in a Chinese chipper after all. After wolfing down some really blazing spicy vegan noodles and immediately thereafter some ice cream to cool off with, I needed to do groceries yet again. Yes, groceries… Something must go wrong? You wouldn’t believe it if I said it was about cash once again, now would you?

Well, actually it is only partially about cash… As I went to get a shopping cart, I noted I didn’t have a 1-euro coin, a 50 cent nor even that plastic coin I had received from a nice cashier on the first day for I had to do laundry today and the coin was of course not in my pocket. Solution: try to punch a 5-cent coin in with brute force, concede and go ask for a small change. I approached the cashier politely remembering to use the German Sie-form, but she literally started shouting at me and vigorously hitting the cash register saying something like she can not open up the cash for me just like that. Luckily, a nice elder lady spared me by giving me a 50-cent. The cashier could really learn a thing or two from amiable citizens like her.

Still, I was a little frustrated for I have encountered some slightly impolite gestures from some cashiers here earlier. Why is it that most people I have come across with are rather helpful and considerate but only some cashiers are quite cold or hot-tempered 🤔 Being a bit unsatisfied with this recent customer service I decided to put my hawk-eye glasses on and continued today’s essay silently in my mind: there actually aren’t too many vegan protein containing products available excluding all soya products. In Finland oat is commonly used in vegan cuisines, and it actually has a tasty structure. Broad bean is also quite common and delectable if spiced correctly.

Even so I found some bratwurst made of pea that I want to try out with beer, and also by chance some vegan Spätzler

Also found this little secret delicate I could not find anywhere in Finland anymore! And it is so cheap 🥳 I just love coffee drops 🤤🤤🤤

Fancied some gutes Weißbier once again, but I couldn’t find actual Weißbier glasses anywhere; looked in 3 stores… Bags full of groceries once again, but this time I have a bicycle to spare my feet. Thanks to my brother I now know what is “tarakka” in English and German as I didn’t find it from any dictionary: bicycle rack, or “Fahrradträger”. That is to say the next thing I want to purchase for my bicycle is a dual bag on my bicycle rack, because shopping bags on a bicycle aren’t quite that handy. Oh yeah I have yet to share a picture of my current ride! Something what my common-law wife always reminds me of 🤣 so here it comes: 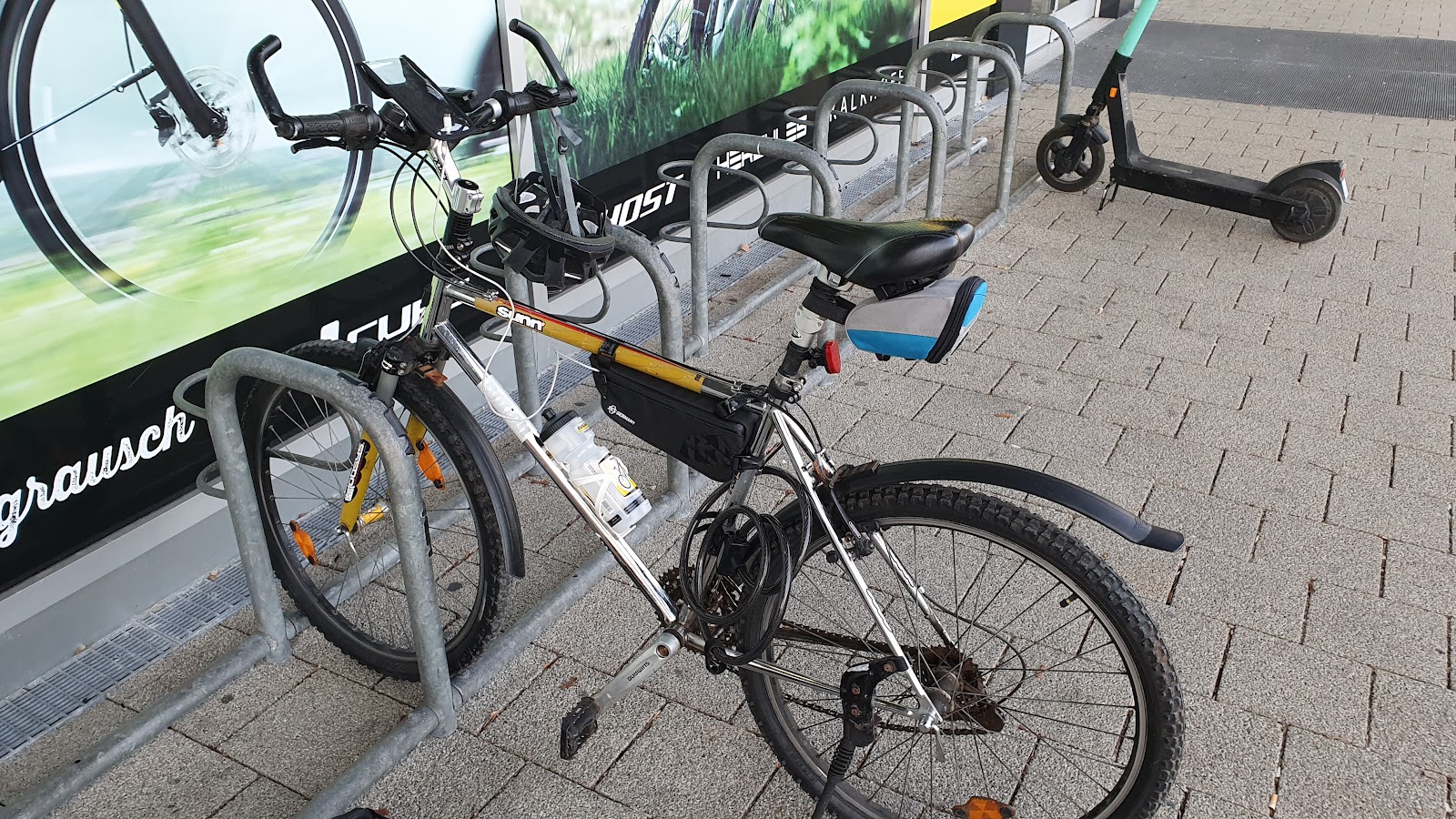 2 comments on “A rude cashier”Add yours →