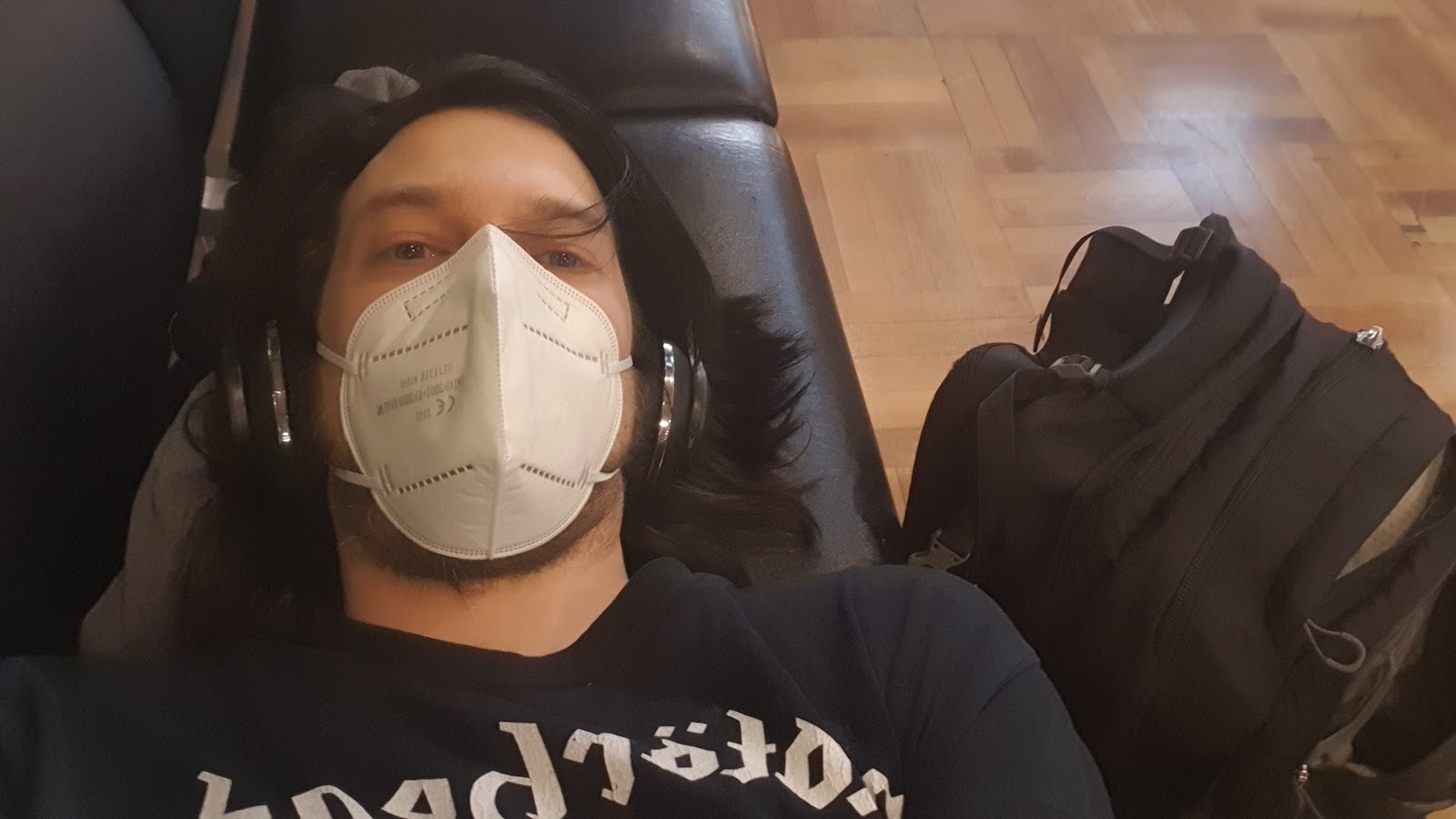 Still gotta wait 6 hours here at Helsinki airport. Hunger is crawling a bit and of course all restaurants are closed during nights, but I’ll manage. Tho I don’t think I can get any sleep since the loudspeakers are reminding ever so often to maintain a good hand hygiene and wear masks 😷

[6:00] Decided to try out a sleeping capsule, which would’ve been money’s worth if I wasn’t a demanding sleeper; someone was snoring and I could hear birds singing in the nearby toilet… well okay they were some tweeting speakers but so annoying. 20 euros could be better spent like for example this super early vegan brunch.

My brother living in Baden-Württemberg called me and said it would be difficult to find the Fernbahnhof (long distance train station) Frankfurt airport being so large but I made it here ohne Hilfe 🥳 headed straight down to dock where it’s chilly enough for a Finn.

I was confused when the train suddenly changed direction after a stop in some city, so I asked another passenger on my left what was happening. He was a nice, chatty old man who told me it’s normal and the train would be continuing to Ulm as he himself would be going there too. We then started chatting and by chance he had tried to get to Finland to visit his friend but was turned back for some reason. He told me about Ulm and the geography around it. We also discussed about CoVid, culture and energy resources. He was very fluent in english and it was a nice talk. Quite the opposite to how a typical Finn would act if you ask them something.

This will be my new home and office for the next few months… But now to do groceries as I’m starving.

0 comments on “Arriving in Ulm”Add yours →